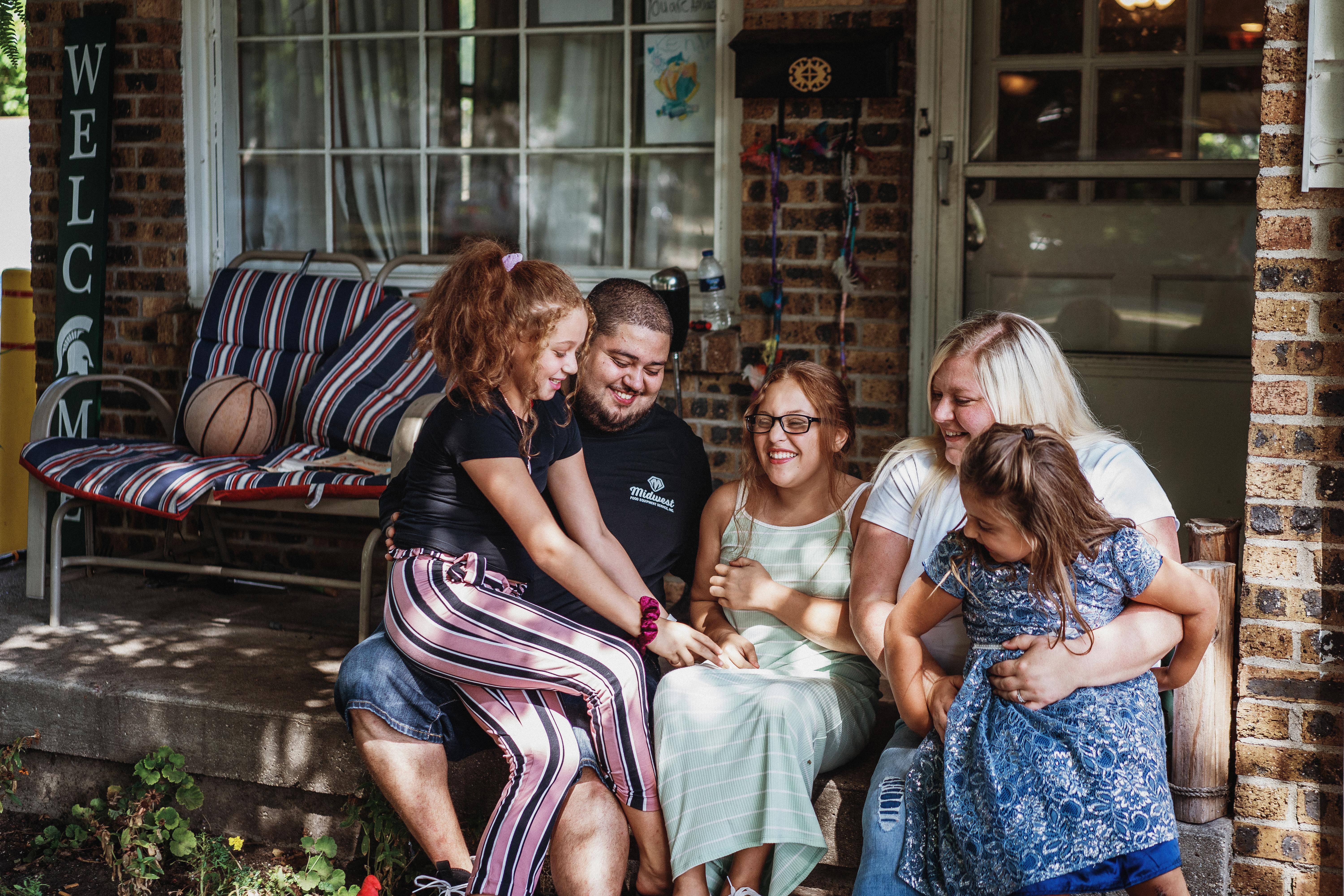 Kiyana is a spirited 12-year-old who loves reading and has an incredible three-point shot. She’s an older sister to Kamiya and Kendyll and an active member of her local Scouts troop.

But life wasn’t always normal for Kiyana and the Vasquez family. Following a rocky early pregnancy, Kiyana’s mom, Summer, was told she had a hemorrhage and that Kiyana’s amniotic fluid was dangerously low. After spending a couple of weeks in the hospital, Summer and her husband, Juoquin, were told Kiyana had to be delivered at only 25 weeks and 5 days old — well short of the typical 40-week mark.

Kiyana was born via C-section just five hours later. To everyone’s surprise, Kiyana — weighing only 1 pound, 10 ounces — cried loudly when she was born.

Almost immediately, Sparrow Health System’s caregivers took her up to the Neonatal Intensive Care Unit; Summer and Juoquin didn’t get to see her for four more hours. In this time, as Sparrow caregivers updated the concerned parents, they mentioned the Ronald McDonald House of Mid-Michigan. After evaluating Kiyana, doctors decided she needed the support of a ventilator. The Vasquez family would have to remain near Sparrow for a while.

Juoquin stayed at the House as Summer recovered from her C-section. Summer moved into the House  shortly after her recovery so they could be close to Kiyana. Summer and Juoquin visited the hospital every single day.

“I don’t know what we would have done if we didn’t have the Ronald McDonald House,” Summer said.

Summer recalled one night when she and Juoquin were called up to the hospital at 4 a.m. Kiyana’s lungs could barely hold oxygen, even with the support of a ventilator. Because they were only steps away from her at the House, they were able to get to the hospital and quickly make the decision — one that saved Kiyana’s life — to try a research treatment called Flolan. With this new treatment, Kiyana was off her ventilator in three days; a week later, she was only on oxygen and breathing by herself.

“If we hadn’t been so close, the results could’ve been different,” Summer said.

Summer said those few months were some of the most difficult of her life, and she’s glad the Ronald McDonald House was there because she wasn’t alone. And the connections they forged with other NICU families staying at the House were incredibly valuable. Those parents and families had similar experiences and routines as Summer and Juoquin, and they remain friends to this day. Summer fondly remembers Sonya — aka one of our superheroes, Bluegill — who always made everyone laugh with her witty jokes.

“Besides the comfort that you’re so close to your child, everyone at the House takes care of the families. They put so much effort into making sure you’re comfortable there,” Summer said. “It truly felt like a home when you can’t be at your home.”

Kiyana spent the first four months and one day of her life in Sparrow’s NICU unit. After passing her car seat test, Summer and Juoquin were able to bring Kiyana — who had grown to 6 pounds, 2 ounces — to their home. Summer and Juoquin called the House their home for 123 days.

Fast forward to 2018: Kiyana was 10 years old and the Vasquez family came back to the House with all three of their children to make tacos for House families. The family still holds close the bittersweet memories of House dinners and their friendships with fellow NICU families.