Dynamic duos are the stuff of superhero legends. On their own, they're unique and powerful; together, they're mighty and invincible.

Meet Ryder and Super Breath - a pair of powerful preemies.

Their parents, Ashlie and Lee, know them better by their secret identities, Mya and Carson. 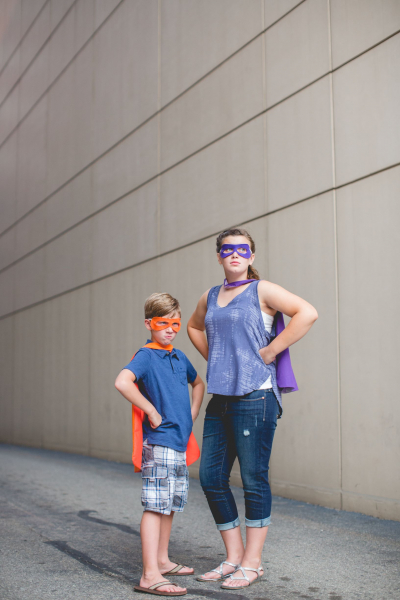 Mya, aka Ryder, is working on perfecting her animal whisperer powers. She connects with horses, cats and dogs, and she raised a goat named Prince who now resides at the Peacock Road Family Farm in Laingsburg.

Carson, better known as Optimus Lung, fills up every space he's in, and he aspires to turn into anything he wants - even if that means a monster or a super villain.

While this sibling duo couldn't be more different now, they entered the world in strikingly similar ways - as preemies.

"Both were born in a cold operating room, not a cozy delivery room and all natural like we planned," Supermom Ashlie said.

Mya and Carson were born too early, and their parents weren't prepared to be away from home for several weeks.

Enter, the secret lair: The Ronald McDonald House of Mid-Michigan.

"With all of the crazy going on around us back in 2006 when Mya was born and 2010 when Carson was born, the House took us in and helped us be as normal as possible. We had a cozy room and bathroom, meals prepared and ready for us, and kind faces to greet us," she said.

This allowed Ashlie and Superdad Lee to focus on getting their babies healthy and strong so they could take on the world.

Ryder came into the world at 4 pounds, 6 ounces and just 17 inches long. She was tiny and she wasn't eating well. But thanks to her GROWING superpower, she's a 5'6" 11-year-old-girl who wears size 10 shoes!

Optimus Lung was just a bit bigger at 4 pounds, 15 ounces and 19 inches long, but he had his own challenges to overcome - he had trouble breathing. Today he's breathing like a champ and running around like the energetic superkid he is, charming everyone he meets.

Together, this superduo vanquished preterm birth and are thriving.