There are few things more powerful than a strong-willed toddler. But what about a supertoddler who never sleeps? 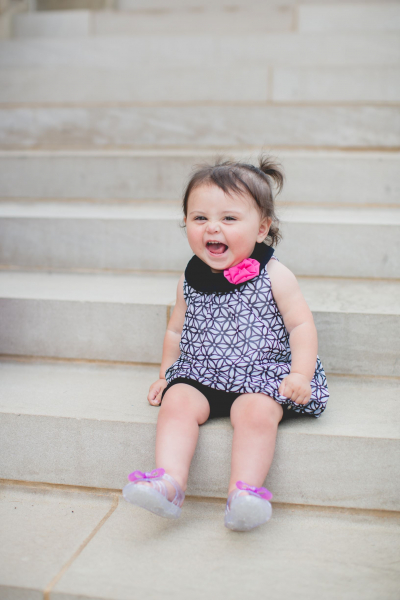 Born seven weeks early, Night Owl fought through breathing and eating challenges in the first months of her life. While many people experience apnea - a temporary cessation of breathing - while they sleep, Night Owl had bouts of it even while she was awake.

But, ever the superhero, she fought through it. Today, she practically never sleeps, and she eats like a champ - everything from tacos and pizza to pickles and avocados.

"She avoids sleep at all costs!" Supermom Tabbi said. "She gets up in the middle of the night to play. She stands up in her crib and dances around."

But Night Owl's origin story didn't feel quite so strong at the start. Unexpected early labor sent Tabbi and Armando Rodriguez to Sparrow Hospital, 28 miles away from home, much earlier than they'd expected, and Abiannah would have episodes where she'd unexpectedly stop breathing. With Superdad Armando's job and no plan for their three other children at home, they needed a support system quickly. They needed a secret lair where they could find comfort, refuge and a bit of normalcy.

They needed the Ronald McDonald House of Mid-Michigan.

"The House became our saving grace in so many ways," Tabbi said. In addition to Night Owl staying in the hospital for 34 days, Tabbi was re-admitted for postpartum eclampsia. "It's hard to rest and recover when you have a sick baby. Physically and emotionally, I do not know how I would have survived without the House."

Today, Night Owl is a strong, rolly-polly babe, playing with her big brother every chance she gets and making everyone around her smile with her goofy faces.

Once she can fly out of that crib, watch out world!