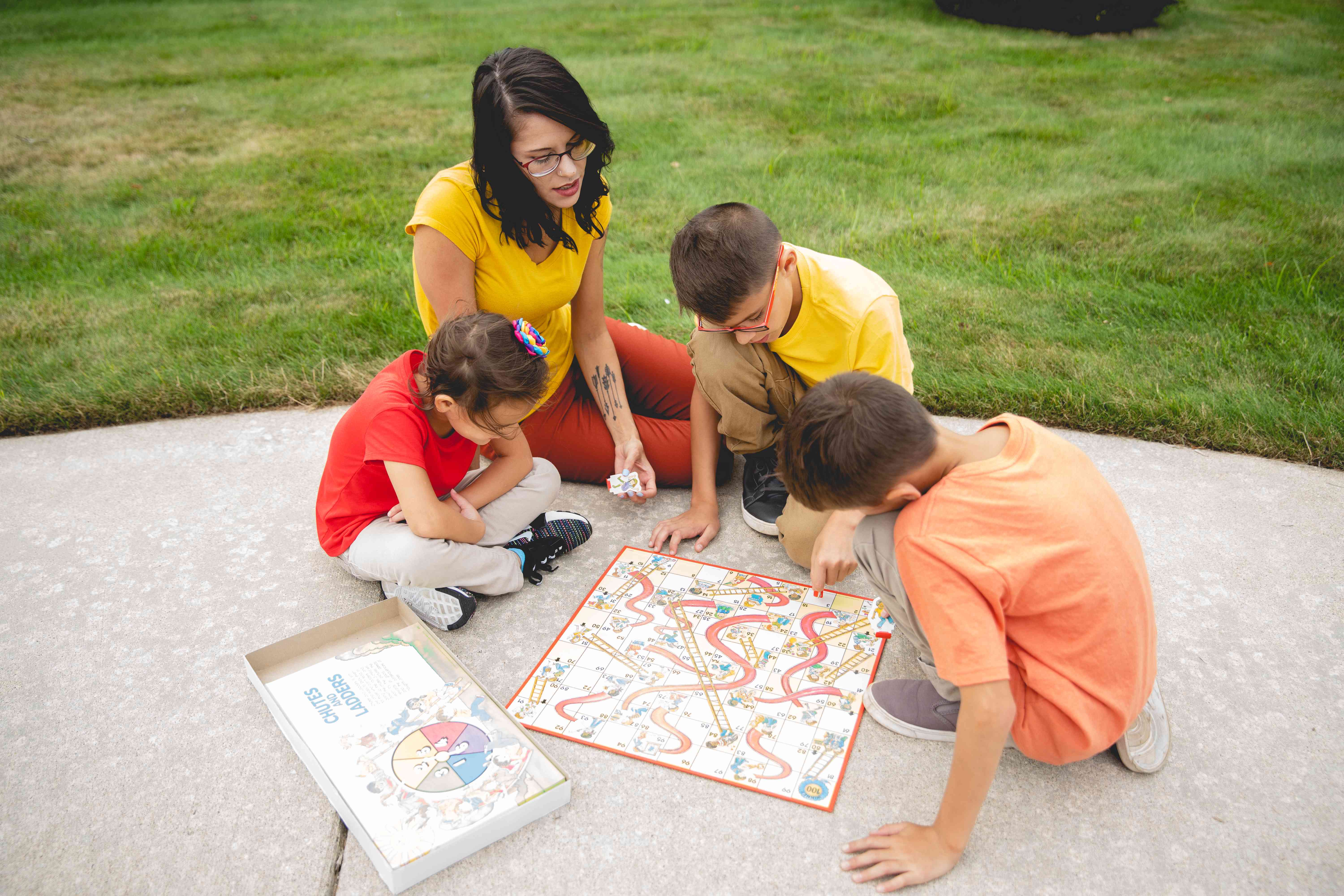 Family game night is a breeze for pros like Rayne, Elian and Haislee. They know how to navigate a winding, colorful path to win.

They’ve fallen two steps behind, only to jump three steps ahead. They’ve slid down countless chutes, only to stumble upon a taller ladder to climb — and conquer it.

When Arielle and Steve look at the three kids, they see champions.

“For us, family time is about being wild, letting our guard down, not knowing what to expect and letting go of control,” Arielle said. “Because that’s what the NICU taught me.”

Rayne, Elian and Haislee took different, winding treks to get where they are today – energetic, curious kids. And they’ve leveled up like seasoned pros.

“I couldn’t imagine this world without my first baby,” she said.

When her water broke – at the beach, in the water – and he was born nine weeks early on a rainy June day, Rayne was faced with his first quest: sleep apnea and feeding challenges.

Babies born prematurely can “forget” to breathe, leading to sleep apnea. Rayne had to learn how to breathe outside of the womb while also figuring out how to suck, swallow and breathe at the same time to eat.

New mom Arielle – then just 18 – wanted to be by Rayne’s side every second. But it quickly became clear that spending time with some veteran players – the parents and staff at the Ronald McDonald House of Mid-Michigan – would help her stay focused on the end game.

It worked. They leveled up, and by 3½ weeks, Rayne was holding his own and could go home.

From the beginning, Eli wanted to beat his big brother’s score.

Forget nine weeks early; Eli was born 15 weeks early, weighing in at 1 pound, 14 ounces. And he blew past Rayne’s 3½-week hospital stay, clocking in at 3½ months.

It seemed for every ladder he climbed, Eli would go whooshing down a chute.

Eli was born with an infection. He experienced a hemorrhage on both sides of his brain, leaving everyone wondering if he’d walk, talk or eat on his own.

“I was determined to fight for him, Arielle said. “If he was going to fight even an hour, a day, a week, then darn right I needed to show up for him and give him a reason to fight.”

Slowly, everything became a small victory.

“We embraced our story,” she said. “Every day was five steps forward and four backward. But he kept reaching milestones. At 1, 2 and 5, as you start to see things unfold, you think, ‘OK, we can do this.’”

Eli continued to fight and had many highs and lows throughout his journey.

“At 30 days old, Eli had kidney failure so they call a priest in because they didn’t think he wasn’t going to make it,” Arielle said. “Baloney!  It’s happening!”

But Eli came to play.

“He would get readmitted to the hospital over a common cold and would require breathing support to get back on his feet,” Arielle shared.

After leaving the NICU, Eli when in and out of the Pediatric Intensive Care Unit (PICU). This meant back and forth into the House for Arielle, having weekly movie nights there with Rayne. Up the ladder. Down the chute.

But he kept climbing. Maybe it’s why he loves to climb trees so much today.

By the time Player 3 entered the game, Arielle and Steve thought they’d seen it all. Instead, it looked like they were getting a do-over of Eli’s game.

But none of that slowed her down.

Typically, doctors tell parents to expect to go home with their preemie from the NICU around their original due date. Rayne was released two weeks before his date; Eli went home a week ahead of his.

Haislee? She went home a month before hers, leaving even the NICU team surprised.

Most preemies need the support of a ventilator. Haislee didn’t. Most don’t eat until 35 weeks. Haislee began at 28 weeks.

“It’s made her grounded in who she is as a person. She walks into every situation ready to go,” Arielle said. “We call her the cherry on top.”

After 2½ months, Haislee crossed the finish line and headed home.

“Everything I love about those kids was instilled in them by Arielle,” Steve said. “She cares so much. And the kids are that way too.”

Rayne, Elian and Haislee played by their own rules. But the House kept the game on track, making sure everyone came out a winner.

Please consider giving to the Ronald McDonald House of Mid-Michigan and help make a difference today.